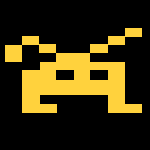 ill vote for yours if you vote for mine

Hm, I don't know the other version, just the EA version. So I think I don't need it. :)

It says that the Dinamic version is Beta, and on the Spectrum the original Dinamic versions were a lot harder. It seems to me as if it is the same on the Amiga. Would you like to have the other version added aswell? :

Game added, and I'll wait sending off the Interface thursday or friday next week

Regarding the interface, take your time. Anyway I'm not at home next week. So I think it's the best, if you send it in a week or so. Not that it will be sent back.

BTW, interface packed up, but did not get to the post office today, and tomorrow is closed here in Denmark. I'll send it off saturday, so it should arrive sometime next week

You can use any normal 80's 9 pin joystick

I don't know how to send you an Email through this site, but my email is my username here at the site with an x added at the end, and then @ at webspeed in .dk. Hope it's not to cryptic

That would be great!

I pay the Shipping of course! Could you send me an email through the site here or something? I don't want to post my address here publicly, you know.

And for understanding for speccy noobs (me): I can connect a normal Atari/C64 Joystick on that Kempston thing?

I've done some testing, and found one that works. Don't know if the others don't work because I have to test them on a +3. I don't have any standard 48K machines running, and it has become a pain loading games with the +2. I must order some membranes

It's Kempston compatible, which is in most games with joystick options. However, many Spanish games, or spanish versions of games later released in English won't work when you choose Kempston. At least not under Emulation, maybe it's different on the real thing.

It's not a fancy interface, but unless I'm totally wrong the name of it is ZX Bit, and is a Danish product. I can't find any infos on it on the net, If you can, let me know.

I just need your address, and I'll send it off sometime this week

I've added all 4 areas, hope you enjoy, and look forward to see some recordings

I've found 4 spare Joystick Interfaces that I'll check out tomorrow, if they still work, and then I'll be back

And there is no way to finish any area, you can choose any (1-4) at the beginning. You have to survive and collect as many boxes as posible before you die.

I'm working on adding your Spectrum request Super 48K box. Is there a reason you don't want Area 4 added, and is there no way that you can finish Area 1, and move onto area 2.

Must admit I've never seen this game before for any format

YES, I'm a millionaire! Thanks, derek! 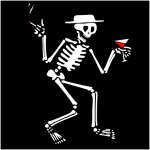