Hi, I am looking for players to raise the level of the Highscores of Amstrad games on https://bzhgames.000webhostapp.com. Are you interested ?

Hello nads, how are you? I would like to congratulate you for getting 33.82 on Baarnstorming Game 1 Expert Mode, however, I have beaten your over 2 years WR with a better time. Try check out my videos and help me with my votes. 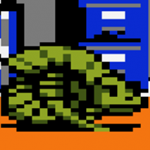 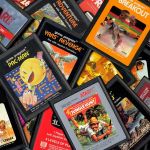 I would love to, but unfortunately time restrictions mean I won't be able to commit.

I only ever play once or twice a fortnight.

I will check it out to see how you are going, really appreciate the invitation

You are invited to join us in the Activision Games Contest at Atari Age!!

It's Activision Patches Summer Quest 2016, which HAS BEGUN and will end on September 5th, 2016. In addition to the rules at the starting of specific thread, only new scores count! - no old scores allowed, i.e., DON'T use your scores which you have already submitted here and at Twin Galaxies. You can also play Activision games via Activision Anthology.

Check out the following URL to learn more:

GAME ON AND HAVE FUN!