I just read this sorry for this situation

I vote yes for all your scores and I think the votes should not be anonymous. I think you must wait a while and resubmit your pinball scores.

just added u on steam :)

Well that make sense now!  Did you ready my apology discussion yet? 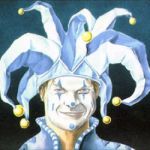 It's definitely the way to deal with them, as difficult as it is not to bite sometimes. Believe me, I've written a few angry responses to people that continue to vote against my pinball scores, but I never press "Submit" anymore as it doesn't help. Chances are they will never see your response anyway, as they won't return to your score submission after voting.

I'm happy to see that you've calmed down a bit. I can't be good to live in a state of anger and frustration.

Hey Trickster, I decided I've changed.  I'm going to be silent and wait for unknown users to be tired, then, they'll be elsewhere than here.

The only thing now is that you can't see in the title that this is about the fastest time. So I placed that in every comment on the score entry, not sure if people will accept this so I've only entered three scores for now.

Thank you very much!

That's been done Bart. I can't do anything about the double up though. Not sure who put that through.

I've requested 4 times 9 levels of Hocus Pocus for the fastest (shortest) time.
Although the game gives you timecodes like; 'Time to beat: 150 - Your time: 139'.

Can you please change them all to 'Lowest score' instead of 'least time'?

Ok m8 il go at a try on ghost n goblins right now then :) Played Addams family first tme ever. first 3 times i got around 200 millions all tries..... its pretty hard game impressed by ur score but im going too try too beat it today . we see what happens :)

Hi Max! I'm always happy to have some pinball competition. It makes me get better!

I'll have another go at the No Fear table sometime this week and see if I can raise the score.

Regarding Ghosts 'n' Goblins, I can't really remember much about it. I only played the game a few times, and lost all of my lives at exactly the same spot from memory. I don't recall being able to select weapons, but maybe I just didn't know how. All I can recommend is for you to watch my video and see if you can see how many lives I had etc. I'm sure you can beat that score.

Hi my fellow Nemesis.... i know i can produce some nice scores on all the PInball arcade games and im now gonna go serious about it .BTW  i just got emulator working for amiga i need too beat ur score in ghost n goblins thats my all time favorite game :) I start with 6 lifes ??? And can choose weapons etc .... what settings should i use .... Greetings from sweden / Max! 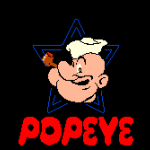 The version I got, I got it years ago from TheOldComputer (before they forced people to register for their site, which I am not going to do).  Perhaps I should download Turbo from another site I currently use and see if there's anything different.

Don't feel any rush to remove your score just yet.  Sometime tonight or perhaps tomorrow, I'll get around to playing Turbo again to double-check my observations and make sure we're playing the same version.  I was able to shift into 2nd gear by pressing down on the directional pad of my MadCatz gamecube controller while playing on WiiColEm (Colecovision emulator for the Nintendo Wii).

I think we've played different versions Dugger. It might be that I need to remove my submission if what you say is true.

I played what I understood to be a slightly modified version of Turbo. It was my understanding that this version (called Daniel's Turbo) simply allowed easier keyboard emulation and affected nothing else. I'm now wondering whether this Daniel Bienvenu guy also fixed up a number of bugs. Either that or the version your playing is just broken.

In the version I played, I controlled the gears by pressing up and down. I lost 1 point when cars passed me and gained 1 point when I passed them (the way it should be). Plus the score didn't suddenly jump back up to 99 when you go below 0 the way it did in your video.

I actually enjoyed playing Turbo, and I think you would too if you were playing the version I was. The only frustrations came from being hit from behind after crashing (as you mentioned) and the insanely abrupt change of scenery, particularly when a straight suddenly becomes a nasty corner.

Here's the version I played:

If you feel that I should remove my submission, I will. The only thing that makes me think I might not need to is that I've watched videos of people playing on original hardware, and they don't seem to have the problems you did.

And by the way, the Intellivision version is a complete disgrace compared to this one. Avoid!

Let's also not forget:  when you build up enough speed, the game somehow thinks you still haven't built up enough speed to shift into 2nd gear yet.  It takes forever to get there!  Then FINALLY!  Second gear!  But you only get 1 car added to your counter when you pass 1; you lose 10 when ONE passes you.

I was doing quite well, actually.  I got up to over 60,000 points or so without any aid from the bugs/glitches; unfortunately, bad timing on FINALLY making a mistake ruined it for me mere moments later when I get hit six or seven times on ONE mistake.  As luck would have it, the timer ran out then.